The ELF Award 2008 was awarded to Michael Rubens Bloomberg, Mayor of New York, to mark his outstanding contributions to combat tobacco use worldwide. 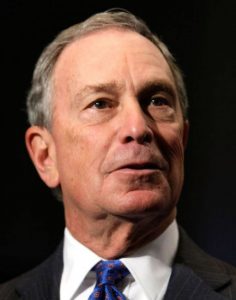 As an example of Bloomberg’s work, New York City now has 200,000 fewer smokers than it did four years ago. Bloomberg has more than doubled tobacco control funding in low and middle income countries to try and extend this success across the world.

The funding provided by Bloomberg has already enabled the formation of MPOWER, a package of the six most important and effective tobacco control policies that are proven to reduce tobacco use. Once these policies are enforced together, they will prevent young people from starting to smoke, will help current smokers to quit, will protect non-smokers against the dangers of second hand tobacco smoke and will free citizens worldwide from the harm of tobacco.

If smoking rates continue to stay at current levels without intervention, a predicted one billion people are expected to die from tobacco use this century. Bloomberg’s generous contribution has the potential to save thousands of lives by benefitting the world’s smokers and non-smokers.