Tobacco smoking is the major cause of preventable death and disease in developed societies. Over 650,000 Europeans are killed every year because of smoking-related diseases, and 13 million more are suffering as a result of their smoking.

Over the past two decades the European Union (EU) has made substantial progress on tobacco control policy. Legislation concerning tobacco products, including manufacture, presentation and sales, advertising and sponsorship, and health warnings, has been adopted and is being implemented by all members of the EU.

By February 2007, 9 EU countries (Belgium, Denmark, France, Iceland, Italy, Lithuania, Malta, Norway, Spain, Sweden and the UK) had banned smoking in public places. Only 5% of the global population is protected by smoke free laws. In most countries, smoke free laws are poorly enforced.

Smoking bans have reduced the amount of smoking as it is harder for people to smoke but it has not had a negative impact on the hospitality sector.

To protect people against the dangerous components of smoke, public places need to be 100% smoke free. No level of smoke exposure is safe.

Smoke free establishments must make it clear that it is forbidden to smoke. Simply asking people not to smoke will not work. The use of designated smoking areas is not effective.

MPower – WHO report on the global tobacco epidemic 2008

MPower is a package of the six most important and effective tobacco control policies that are proven to reduce tobacco use. Once these policies are enforced together, they will prevent young people from starting to smoke, will help current smokers to quit, will protect non-smokers against the dangers of second hand tobacco smoke and will free citizens worldwide from the harm of tobacco.

The six policies include;

Monitor tobacco use and prevention policies,
Protect people from tobacco smoke,
Offer help to quit tobacco use,
Warn about the dangers of tobacco,
Enforce bans on tobacco advertising, promotion and sponsorship,
Raise taxes on tobacco.

The Framework Convention on Tobacco Control (FCTC) was adopted by the World Health Organisation in May 2003. The Treaty entered into force in February 2005 and, as a result, it became binding law to all countries that are parties. The Treaty requires countries to impose restrictions on tobacco advertising, sponsorship and promotion, establish new packaging and labelling of tobacco products, establish clean indoor air controls, and strengthen legislation on tobacco smuggling.

The FCTC has published a series of briefings known as Spotlight issue 1, 2 and 3 which describe its objectives and latest status of tobacco control legislation around the world.

Issue 1: describes the treaty and how it intends on curbing the tobacco epidemic worldwide.

Issue 2: concentrates on protecting workers from the harmful effects of second hand smoke and promoting smoke free environments. To date, only 10 out of 25 member states have implemented smoke free laws, which means over half of the working population in Europe are still exposed to second hand smoke. As a consequence, about 79,000 adults die each year. Only 100% smoke free environments are safe! Download an overview of issue 2 to see which European countries are smoke free as of March 2008.

Major studies have found consistent relationships between exposing youngsters to tobacco advertising and them later starting the habit. Tobacco smoking in the developing world is promoted and made to look glamorous. This is illegal in other parts of the world.

The FCTC will help reduce the supply of tobacco and its demand across the world. 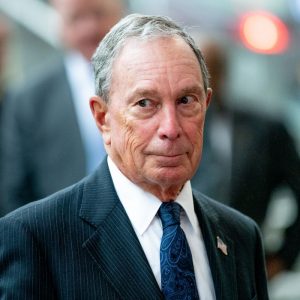 Michael Bloomberg, Mayor of New York, has marked his commitment to combat tobacco use worldwide by donating $375 million over six years to five key partner organisations (The Campaign for Tobacco-Free Kids, Centres for Disease Control and Prevention Foundation, The John Hopkins Bloomberg School of Public Health, The World Health Organisation and The World Lung Foundation). This campaign aims to help people quit smoking and reduce the number of deaths caused by smoking, by improving anti-smoking education, increasing the price of tobacco and making more places smoke free.

ill Gates (former Microsoft Chairman) has also contributed $125 million over 5 years to help reduce the number of smokers worldwide. An estimated 1 billion people are expected to die from tobacco use this century. The support offered by Bloomberg and Gates has the potential to save millions of lives.