Rate this post
The links on this page will take you to recommended sites that have useful information on all aspects of tobacco. 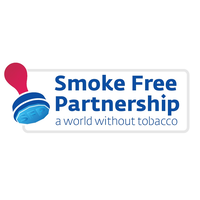 The Smoke Free Partnership is a strategic, independent and flexible partnership between the European Respiratory Society  , Cancer Research UK   the Institut National du Cancer   and the European Heart Network. It aims to promote tobacco control advocacy and policy research at EU and national levels in collaboration with other EU health organisations and EU tobacco control networks.

ASH – Action on Smoking and Health

ASH is a campaigning public health charity working to eliminate the harm caused by tobacco.

ECL is a not-for-profit association, which aims to co-ordinate collaboration between European Leagues/Societies in order to reduce the growing burden in Europe.

ENSP is an international non-profit making organisation, which aims to develop a strategy for co-ordinated action among organisations active in tobacco control in Europe.

The European Public Health Alliance (EPHA) represents over 100 non-governmental and other not-for-profit organisations working on public health in Europe.

The Framework Convention Alliance is made up of approximately 200 organisations representing about 80 countries around the world. It was created to support the development, ratification, and implementation of the WHO FCTC.

The Tobacco Free Initiative (TFI) was established in July 1998 to focus international attention, resources and action on the global tobacco epidemic.