Scientific findings published in the ERJ in February.

The amount of exercise that chronic obstructive pulmonary disease (COPD) patients are able to do, gives doctors an idea of how serious their disease may be. Patients with severe COPD can have limited activity but doctors do not yet know at what specific stage exercising becomes difficult.

Doctors use a system called GOLD to describe how serious someone’s COPD is. GOLD Stage 1 describes someone with mild COPD who does not show many symptoms and may not even know that their lungs are not working normally. Symptoms progress through GOLD stages 2 and 3 until Stage 4, which describes very severe COPD with restricted breathing and regular symptoms.

A German team studied 163 COPD patients and 29 patients with chronic bronchitis to compare how much exercise patients could do at different stages of COPD. Patients wore an armband that measured the number of steps they took each day and how much exercise they did for 5 days. The researchers tried to find out whether the amount of exercise completed was linked to how bad their conditions were, to decide whether exercise is a reliable measure of COPD stage.

However, characteristics used to consider how bad COPD is, do not always accurately match the amount of exercise that the patient is able to do. Peer-pressure and the weather may also influence exercise participation, so it might be useful to consider these things for future studies.

Studies have shown that treating severe chronic obstructive pulmonary disease (COPD) with corticosteroids and/ or antibiotics – greatly improves recovery at times when a patient experiences worsening symptoms (this is called an exacerbation). A team of scientists in the Netherlands has studied the long-term risk of regular exacerbations in primary care COPD patients who received oral corticosteroids with and without antibiotics. All of the patients who took part in the study were on maintenance respiratory drugs, were at least 50 years old, and had been treated for worsening symptoms. 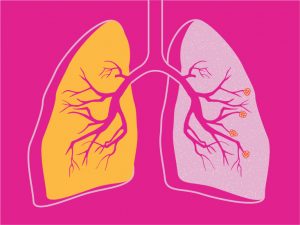 The amount of time that passed between exacerbations was recorded. Time between the first and second occasions of worsening symptoms was similar amongst the two patient groups. However, the time taken between the second and third occasions of worsening symptoms was significantly shorter in patients who did not receive antibiotics and so these patients were likely to deteriorate more quickly than patients who were taking antibiotics with corticosteroids. Analysing all exacerbations, the risk of a subsequent exacerbation was lower after treatment with antibiotics added to corticosteroids. 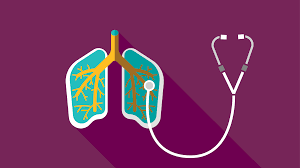 Exacerbations can occur when bacteria are present. Antibiotics kill these bacteria so exacerbations may occur less often. Patients with severe COPD are likely to have a lot of bacteria present in their lungs. If the time between exacerbations can be increased, a patient’s health will not deteriorate as quickly and they will have a better quality of life.

If future studies confirm that antibiotics delay worsening symptoms and increase the lifetime of some COPD patients, there may be many changes to how doctors treat COPD patients when they have exacerbations.