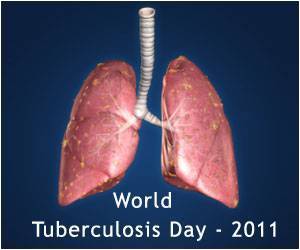 Following on from 2010, World TB Day 2011 enters the second year of a two-year campaign, On the move against tuberculosis whose goal is to inspire innovation in TB research and care.

This year’s campaign aims to look at the fight against TB in an entirely new way: that every step we take should be a step towards TB elimination.

The campaign is inspired by the ambitious new objectives and targets of the Global Plan to Stop TB 2011-2015: Transforming the Fight-Towards Elimination of Tuberculosis, which was launched by the Stop TB Partnership in October 2010.

The event involves people from national tuberculosis control programmes, civil society groups involved in fighting TB, TB-affected communities and any other groups working to stop TB, holding events and engaging in activities to raise awareness of the burden of TB.

Visit the Stop TB Partnership website for more details on how to get involved.

Your stories: what is it like to have TB?

Read Gabriel Ivan’s experience of how he coped and recovered from TB (courtesy of the Romanian Tuberculosis Association).

World TB Day, falling on March 24th each year, is designed to build public awareness that tuberculosis today remains an epidemic in much of the world, causing the deaths of several million people each year, mostly in developing countries.

Organised by the Stop TB Partnership, the event is held on the day when Dr Robert Koch astounded the scientific community by announcing that he had discovered the cause of tuberculosis, the TB bacillus.

At the time of Koch’s announcement in Berlin, TB was raging through Europe and the Americas, causing the death of one out of every seven people. Koch’s discovery opened the way towards diagnosing and curing TB.

World TB Day 2010: ‘On the move against tuberculosis: Innovate to Accelerate Action’