Swine Flu is the common term given to a strain of the flu virus which caused the pandemic of 2009. Scientifically, the strain is referred to as H1N1/2009.

When the outbreak started in March 2009, researchers recognised it as a new strain of the H1N1 influenza virus that had changed its properties to act differently from other previous strains. Tests revealed that it originated from animal influenza viruses and is unrelated to the human seasonal H1N1 viruses that have been in general circulation among people since 1977.

How does it spread?

The virus spreads from person to person via infectious droplets in the air that are breathed out and inhaled.

Why was the World Health Organisation (WHO) more worried about this virus?

Seasonal influenza occurs every year and the viruses change each year – but many people have some immunity to the circulating virus that helps limit infections. Some countries also use seasonal influenza vaccines to reduce illness and deaths.
By contrast, the pandemic H1N1 2009 was a new virus when it emerged and most people had no or little immunity to it. In addition, one of the lessons from history is that influenza pandemics can kill millions. Finally, there was no pandemic influenza vaccine at the outset. 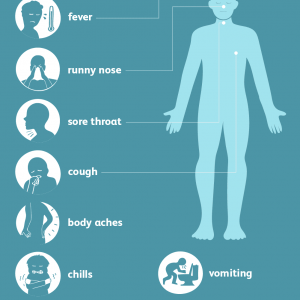 How can you reduce your risk of getting it?

People can try to reduce their risk of catching the virus by washing their hands with soap and water more frequently than normal. In addition people with obvious signs of illness like cough and fever should not be approached and in some cases face masks can be helpful.