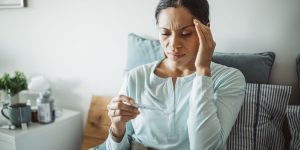 The main aim of the event was to raise awareness of lung health among local citizens.

The excellent central location encouraged commuters and shoppers of Stockholm to find out about lung health and disease and to learn about chronic obstructive lung disease (COPD).

The event was open for a total of 24 hours over 2 days, in an attempt to beat last year’s record of 2042 individuals, tested in Munich, Germany. Members of the public who had decided to have their lungs tested were seen by a volunteer nurse, in 1 of 18 individual booths. Individuals were asked to blow as hard as they could for 6 seconds into a hand held spirometer. Several doctors and representatives from smoking cessation groups were available on site for individuals to speak to if they wanted any further advice or information.

3 blows were taken from each person to produce an accurate average FEV1 reading. FEV1 is an indication of how much air can be forced out of your lungs in 1 second after taking a deep breath, to provide an important measure of pulmonary function.

The event proved to be hugely popular and attracted passers by and local workers who were happy to visit during lunch breaks and wait, despite the queues. The final number of individuals tested was 2882, 85.5% of whom showed acceptable FEV1 measurements.

Members of the general public who were found to have restricted airways were given guidance from doctors and advised to visit their own GP with the information produced from their lung test.

Thank-you to all the taskforce whose hard work and support made this year’s event a record success. Our aim of beating last year’s total was easily achieved and has raised the standard for next year in Berlin!

Sincere thanks to the following partners:

• The Stockholm Task Force, including the Congress Chairs, and Inger Kull and Anne Renström,
• All volunteer nurses and doctors for pledging their valuable time.
• The generous financial support of Boehringer Ingelheim GmbH, without which the event would not be possible.
• The generous contribution of equipment and professional support from ndd Medizintechnik AG.
• The collaboration of Järnhusen AB and JC Decaux, for allowing the event to take place in the Central station.
• Dohrns exhibitions and Mix PR for their hard work on the project.
• Swedish patient interest groups and lung foundations for contributing to the local lung health awareness campaign.