Numerous studies have associated a wide range of health effects with air pollution, but as there are many different pollutants in the pollution mixture, it is rarely possible to link specific health issues to a specific pollutant. The effects detected could be a consequence of one or several air pollutants.

The earliest evidence that air pollution is linked with negative health effects was seen in London, UK in 1952. Several thousand people died in London as a consequence of a special weather situation. A cool layer of air got trapped below a layer of warm air, so it was unable to rise.

This phenomenon, known as a temperature inversion, creates a ceiling, trapping polluted air close to the ground. The temperature inversion lasted for four days in December. As the weather had been cold, the people in London had been burning large quantities of coal which formed a radiation fog across the city. Approximately 4,000 people were known to have died from the smog, and many more suffered severe breathing problems.

How does air pollution affect us?

Large particles of air pollutants can affect the upper airways of the lungs in particular, whereas smaller particles can reach the smaller airways and the alveoli deep in the lungs.

People exposed to air pollutants could experience short-term effects or long-term effects depending on these factors. Pollution in cities has been linked to increases in emergency visits to hospitals and hospital admissions due to lung diseases, and also heart disease and stroke.

Research has previously looked at the impact of air pollution specifically on the lungs, as the gateway for pollution to enter the body. However, there is a growing amount of evidence that shows the negative effects of pollution on the heart.

The below symptoms and illnesses have all been linked to air pollution; 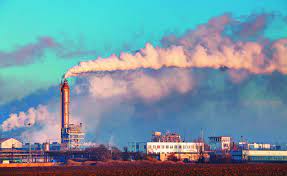 Other studies have also linked traffic-related pollutants with the delayed growth of unborn babies and premature births.

According to a report by the European Topic Centre on Air and Climate Change (ETC/ACC) air pollution is associated with 455,000 premature deaths every year in the EU’s 27 member states.

The below table shows the range of health effects that can occur and the number of people affected by these effects.

Health effects of pollution are likely to be caused by a range of pollutants rather than by one element, however some studies have identified specific links with both ozone and particulate matter.

Research by experts in the USA has shown that there is a link between changes in ozone concentration and deaths during the summer.

Symptoms include inflammation and irritation in the lungs, which could lead to other problems such as a cough or tight chest. These symptoms can disappear when exposure to ozone ends.

Previous studies suggest that fine particles may play an important role in affecting lung health, as they can reach the small airways and the alveoli, which can be permanently damaged.

The fine particles also remain suspended in the air for longer periods of time and they are transported over much longer distances. They are also more likely to move directly from the lungs to the blood and other parts of the body, which could possibly impact on the heart.

This is particularly true for the development of asthma. A large body of evidence has confirmed that traffic-related pollutants contribute to the development of childhood asthma, at least among children who are genetically susceptible.