There are a number of studies which have confirmed the benefits of improved air quality in Europe. Whilst some general studies have found benefits in subtle long-term improvements, others have found that having a focused target can generate immediate positive results.

The coal ban in Dublin can be used as an example of an environmental policy targeting one source of pollution.

The policy resulted in an improvement in air quality that happened straight away and lasted. There was a 35% drop in smoke levels when compared with the three years before, and in the three years after the ban, there was a significant decline in death rates from lung and heart diseases.

In March 2011, the EU-supported Aphekom (Improving Knowledge and Communication for Decision Making on Air Pollution and Health in Europe) project found that there would be significant health and monetary benefits of reducing the current levels of air pollution in European cities.

The World Health Organisation (WHO) has suggested what levels of air pollutants are safe for us to have.

According to the Aphekom project findings, if all European cities complied with the WHO’s suggested levels, life expectancy could be increased and over €30 billion could be saved in health costs each year. 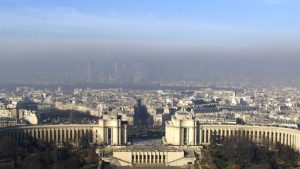 The project also found that living near busy roads substantially increased the total number of disease cases connected to air pollution. It could also be responsible for 15% of asthma in children and a similar or higher percentage of other lung and heart diseases in adults 65 years or over.

These findings should be taken into account to reduce health inequalities as poorer families are more likely to live in polluted areas.