A woman’s exposure to high pollen levels in late pregnancy increases the risk of early asthma in the child, according to a new study. 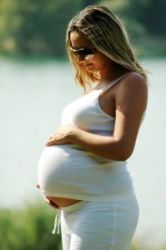 A number of studies have previously shown that there is an association with being born during a pollen season and an increased risk of allergies.

The new research, published in the Allergy, Asthma and Clinical Immunology Journal, involved 110,000 pregnancies in Stockholm, Sweden, to look at the significance of actual pollen content in different time periods before and after birth and its impact on asthma risk in children.

The study found that high levels of pollen exposure during the last 12 weeks of pregnancy resulted in a significantly increased risk of hospitalisation for asthma symptoms in the first year of the child’s life.