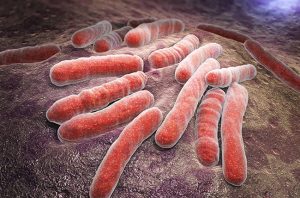 With appropriate antibiotic treatment, TB can be cured in more than nine out of 10 patients

Several different antibiotic drugs are given in combination for TB for at least 6 months, sometimes for 12 months or more.

Some strains of TB are resistant to a range of drugs (multidrug-resistant tuberculosis (MDR-TB)).
Treatment of MDR-TB requires the use of special TB drugs for up to 2 years.
However, the success rates of treatment in patients with MDR-TB are usually not as high as in patients infected by bacteria that are sensitive to treatment.

The increasing resistance of M. tuberculosis is currently a major concern.
Two types of treatment resistance can be found in TB-infected patients:
1. Resistance in patients newly infected with highly resistant TB strains, which is uncommon in most European regions.
2. Resistance in previously treated patients; this develops because of non-adherence to treatment, insufficient prescriptions, inadequate healthcare systems, insufficient drug supply, etc., which is very common, particularly in Eastern Europe.